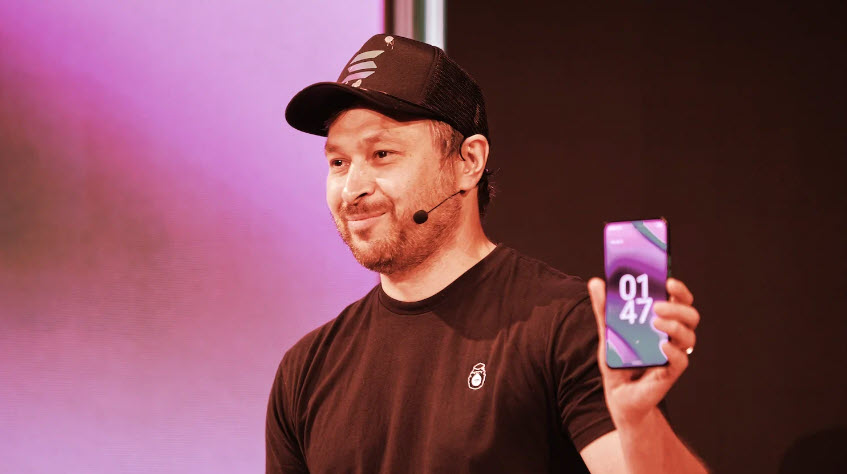 From Dale. If you are involved in HNT mining, or hold HNT this news should be very encouraging to you. All crypto projects in my opinion come down to two words USE CASE. How and why will the general public use the coin in their day to day life? Nothing is more part of our day-to-day life in 2022 than our cell phones (unfortunately, but it is just a fact of life). If cell phone plans are going to start at $5.00 and give users the opportunity to earn crypto, it appears to be a project that makes sense to me, and probably many others.

Decentralized, crypto-fueled wireless network Helium recently voted to move from its own platform to Solana

, a leading layer-1 blockchain network. Now that alliance is set to get even stronger, with Helium and Solana

bringing their respective mobile initiatives together.

The Android-powered Saga phone will come with a free 30-day trial for Helium Mobile in the United States, offering unlimited voice and text use during that span. The Saga phone will not be exclusive to Helium Mobile, however: a Helium representative clarified to Decrypt that Solana Labs’ smartphone can be used with other carriers instead.

Helium Mobile will tap both the decentralized 5G network and T-Mobile’s service while also offering crypto rewards to users.

to many more users. Today, Helium network founder Nova Labs announced that it has partnered with T-Mobile to create a new 5G wireless service called Helium Mobile. YOU CAN CLICK HERE TO JOINE THE WAIT LIST AND RECEIVE UPDATES —> Helium Mobile

Helium Mobile will be a mobile virtual network operator (MVNO) service and will tap both the T-Mobile and Helium networks for customers in the United States. Set to launch in the first quarter of 2023, the service will rely both on T-Mobile’s nationwide 5G network and Helium’s user-operated 5G nodes.

T-Mobile and Nova Labs have signed a five-year agreement to power the service.

By combining networks and switching between the two as needed, Nova Labs says the service will offer two significant economic differentiators from traditional services: plans will start at just $5 per month, and users can also optionally earn crypto token rewards for sharing data.

active user-operated nodes at present—means that Nova doesn’t have to invest in capital expenditures to build out infrastructure.

“That allows us to build a cellular network with absolutely disruptive economics,” he told Decrypt.

On top of that, Helium Mobile will allow users to opt into receiving the network’s MOBILE token rewards in exchange for providing anonymized data about their network usage. Renski said that the service will treat such users as contributors, as the data will be used to monitor network quality and availability as it scales—but it’s purely optional.

Helium is a network of decentralized wireless hotspots that incentivizes users with crypto tokens for running a node and supporting the network. The initial Helium network, focused on powering Internet of Things (IoT) devices like sensors and trackers, has more than 950,000 node operators

The 5G network is newer and has far fewer users so far, as the 5G hardware is also currently much more expensive than the nodes that support the original IoT network. In June, the Helium Foundation revealed plans to spin off the original HNT reward token and create a new token for each network

, with an eye toward supporting additional wireless protocols in the future.

Helium’s own 5G network will be the preferred network for Helium Mobile when coverage is available, Renski said. It’s a relatively small network at present, but it’s growing: Helium’s second network has taken shape since launching MOBILE token rewards, with over 1,700 new user nodes activated in the last 30 days—and Renski said the pace is increasing.

Initially, voice calls will take place entirely on T-Mobile’s network, while data transfers will use service provided by node operators in the decentralized network where available. Otherwise, it automatically falls back to T-Mobile’s network. As Helium’s network expands, more of the load will be moved off of T-Mobile’s infrastructure.

There’s still work to be done in the months ahead to make the automated process of switching more seamless, Renski told Decrypt. Initially, users may encounter small delays as their smartphone switches between one network and the other, but Nova Labs and T-Mobile will continue collaborating to lessen and potentially eliminate such gaps in time.

“I would say that we have traveled maybe halfway on this journey at this point,” said Renski of refining the technical infrastructure. “But we still have some way to go to make sure that all the users have a smooth user experience.”

IF YOU OWN A TRADITIONAL BUSINESS WITH AT LEAST 5 W2 EMPLOYEEE’S YOU NEED TO UNDERSTAND WHAT BOTTOMLINE CAN DO FOR YOU. THIS ONE CLICK COULD MEAN 5 – 6- EVEN 7 FIGURES IN STIMULUS MONEY FOR YOU THAT YOU DIDN’T EVEN KNOW YOU COULD CLAIM! SOUND LIKE BS? Check the client list below then —> CLICK HERE NOW!

—the startup that represents the founders of and core contributors to the Helium network—told Decrypt that the partnership is a “natural fit.”

“Not only will this partnership ultimately drive usage to the Helium Network,” he said, “but Saga customers who sign up for Helium Mobile will be able to have a seamless and integrated user experience and could earn crypto rewards for using their cell service.”

deployed by individual users. It’s worth noting that Helium’s developers have clarified that while the network is capable of supporting 5G radios, the early devices available on the market are limited to slower 4G LTE

Why Solana Is Going Big on Mobile—And Making a Smartphone

Nova Labs has said that Helium Mobile will offer plans as cheap as $5 per month. Furthermore, users can opt into earning crypto tokens by sharing location data with the network, as they’ll help Helium Mobile stabilize its coverage in the process.

and delivers high-end Android hardware at a price point of $1,000. It’s built around the Solana Mobile Stack, a software bundle that enables improved mobile Web3

apps, and the phone can be used for crypto payments, as an NFT

wallet, and more. Pre-orders are open now ahead of the early 2023 launch.

From The Hustle The health care industry faces a plethora of complex challenges, from creating treatments to optimizing the drug supply chain. Innovators are tackling many of these using new...